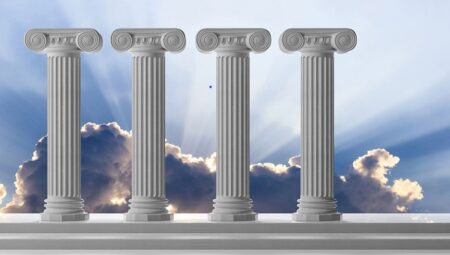 A reader, Anne Thorpe, wrote in to say that more and more people retire without owning their own home. This leaves them exposed and demonstrates that the Age Pension is pegged at a rate where you must own your own home or else.

The rising rental market and inadequate provision of social housing is squeezing older people, especially older women, into unstable accommodation and leaving them unable to lead a life of dignity in old age, writes Anne, who supports a review of the pension on this basis.

The federal Government has signalled it will make changes to the Pension Loans Scheme. This is an already existing reverse mortgage scheme run by the Government with a much lower rate than commercial reverse mortgages. The Government wants to make it more attractive to people to get money out of their house to fund their retirement.

The problem is that any reverse mortgage scheme is pretty useless if you don’t have a house to begin with. Or if your house still has a ‘forward’ mortgage on it.

What is the Government going to do about that?

The federal Opposition has come up with a proposal for the federal Government and the nation’s super funds to invest in affordable housing. It’s a pretty vague proposal, though, in the lead-up to the federal election.

Over the same period, home ownership fell by 5.7 percent and the proportion of household who owned their home without a mortgage fell by 25 per cent.

These are scary numbers, because they mean that retired people of the future will be either be renting or be homeless in far greater numbers than today.

What all this shows is that Australia can’t just peg its pensions at a point where they are only adequate if you own your home outright or if you are in social housing.

Does home care need to come in levels?