How not to have a heart attack 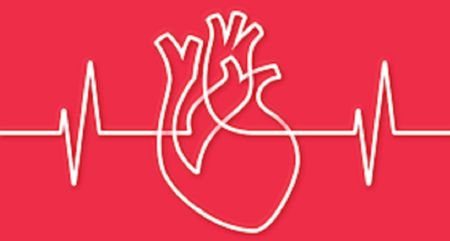 Generally no one needs to die of an unexpected heart attack, two of Australia’s top cardiologists, Richard Harper and Brett Forge, say in a recent interview with The Australian.

Except that they don’t need to happen out of the blue. There are two simple tests which can determine whether someone is at high risk and has plaque in their arteries.

Over-40s should all be having heart checks, in which cholesterol and blood pressure are monitored and diet and exercise plans are discussed.

On top of that, for people identified with risk factors, two scans can be ordered.

One is a coronary calcium score. It measures calcium in the coronary arteries.

Unfortunately, coronary calcium score tests are not reimbursed by Medicare. They cost between $70 and $120.

The other test is a coronary ­angiogram. This involves injecting contrast fluid so that a scan can see whether plaque is present in the walls.

Coronary ­angiograms are only Medicare-funded for those with suspected symptoms of coronary artery disease. A scan costs between $600 and $1,200 privately.

Following these tests, appropriate treatment then leads to shrinkage and stabilisation of the plaque, making it far less susceptible to rupture and block an artery, which is how a heart attack happens.

People generally do not get symptoms of plaque until at least a 70 per cent narrowing in one or more of the coronary arteries.

Many cardiologists perform exercise tests, or order stress tests. These generally only come back positive if the blockage in an artery is greater than 70 per cent. In other words, they are not very useful tests.

People could have quite a lot of narrowing of the arteries due to plaque at levels lower than 70 per cent. But even at these lower levels, plaque in the wall is potentially unstable, particularly if it’s got a lot of cholesterol in it, which can lead to rupture and cause a heart attack.

The aim of treatment is to stabilise the plaque in such a manner as to prevent rupture and heart attack and possible sudden death.

To do that it is vitally important to diagnose if plaque is present even in the absence of symptoms.

Can pension poverty be solved by a magic pudding?

We love to hear from our readers, so drop us a line: click here!