Election 2022: the fine mess parties have gotten aged care into 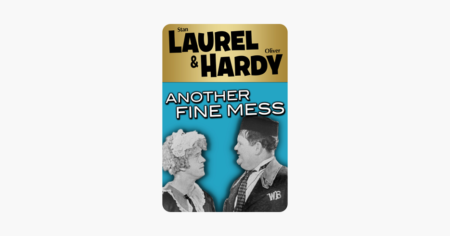 AS a first step, the Aged Care Royal Commission recommended that by July 2022 nursing home residents receive an average daily care of 200 minutes, including 40 minutes with a registered nurse.

Once fully implemented, the average daily care time for each resident would be up by 35 minutes per day.

Labor is promising to skip the first step and to implement the recommendation in full a year early, by 1 July 2023.

The Coalition has committed to the first step only: an average daily staff time per resident of 200 minutes, including 40 minutes with a registered nurse by 1 October 2023, fifteen months later than recommended by the Aged Care Royal Commission.

The Coalition has said the following about the second step of the recommendation: “the new Aged Care Act will set minimum staff time standards for residential aged care”. This leaves it up in the air if the Royal Commission’s recommendation will ever be fully implemented by a Coalition Government.

There is a clear point of difference between Labor and the Coalition.

Not only does the Opposition promise to implement this recommendation in full, but it is also committing to doing it a year earlier than recommended. The Government is committed to doing less by a later date.

Another clear point of difference is what Labor and the Coalition are saying about the current case in the Fair Work Commission, where unions are petitioning for a 25 per cent wage increase for workers in nursing homes and in home care.

Labor has promised to fund whatever the Fair Work Commission decides should happen.

Another point of difference is that Labor says it will “require” providers to preference direct employment over temporary employment to facilitate better relationships between carers and care recipients. Labor is silent on how its requirement would lead to permanent employment to become the rule.

The Coalition has made no commitment on this issue.

Both Labor and the Coalition are pondering the enormous problem which aged care has become. Both have contributed to the current mess while in Government by adopting wrong policies and ignoring or dismissing what grassroots advocates were saying.

Both know that only resolving staffing issues will clean up aged care, particularly nursing home care.

Both know that resolving staffing issues will be very expensive on an ongoing basis.

Neither knows where the money or the additional staff will come from.

The Coalition won the last election and rightly called a Royal Commission into aged care. Now it has had a year since the Aged Care Royal Commission’s final report to address staffing issues, but it has no staffing improvements to show for it and no improvement in care quality.

While the COVID-19 pandemic has complicated a response, the Coalition has not done any conceptual and planning work to increase the aged care workforce.

Both Labor and the Coalition have form when it comes to getting it wrong on aged care.

The aged care mess is a mess the Coalition and Labor created together over a quarter of a century. It’s a mess they should clean up together.

It would not just be refreshing if both acknowledged their share of the blame and started to work on policies in a genuinely cooperative, bi-partisan way.

It would also be the only morally and practically right thing to do.

Election 2022: the fine mess parties have gotten aged care into