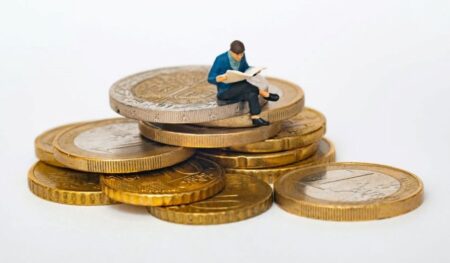 THE federal March Budget is quickly approaching. This means it’s time for pre-budget submissions, where groups or individuals can lay out what’s most important for them to see in the budget.

This year CPSA is focusing on the freshly announced Economic Inclusion Advisory Committee.

If you missed it, this is an independent body made up of economists, academics and advocates. Their job is to advise Government on policy settings and the effectiveness and adequacy of income support payments.

CPSA welcomed the news of the introduction of an independent body to address economic inclusion objectively and ensure everyone has an acceptable standard of living.

But there are a few things in particular that CPSA would like to see the committee consider.

Firstly, most people living off income support payments aren’t even living above the poverty line.

Those receiving JobSeeker Payments get just $668.40 a fortnight. This is just over half the poverty line for adults below pension age at $616.62 a week.

Pensioners are only slightly better off with their payments just squeaking past the $499.99 a week poverty line for a single pensioner.

Clearly something is not right.

CPSA has urged the committee to thoroughly review the adequacy of these payments. At an absolute minimum, everybody should be living above the poverty line.

But even if payments are set at a higher rate, the current way they are indexed leaves recipients falling behind.

If you receive an income support payment you probably know that most are indexed twice a year on 20 March and 20 September.

The amount they increase depends on CPI changes from the previous December and June quarters.

So, if you’re noticing the price increasing for a lot of your staple purchases, this will be accounted for in March when indexation occurs.

But until then, you’re losing money.

This might not be such a huge deal if prices were only rising marginally. But with blow-out inflation rates this is having a real impact on the hip pocket of payment recipients.

Over the twelve months to September 2022, pensioners lost 1.8 per cent purchasing power from their payments. This is $457.25 per annum not being spent on vital services like housing, electricity and groceries.

These two asks are vital in making sure that at the bare minimum recipients are able to live above the poverty line and maintain a decent standard of living.