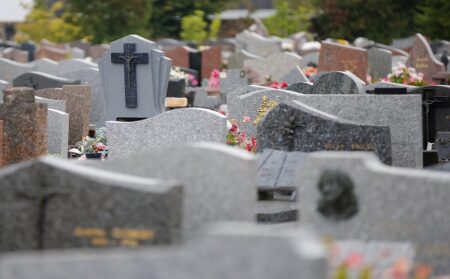 The Australian Competition and Consumer Commission (ACCC) has slapped both homes with a $12,600 fine for allegedly making a false and misleading representation about their ownership.

Allegedly, because the ACCC can issue fines just like the police. You can take it to court if you want to, but the fine stands until you do and win.

This is the sort of approach that makes businesses sit up and take notice.

Back in February this year, CPSA published a list of sixteen regional funeral homes out of which only four complied with the requirement to publish pricing information according to a legislated template.

CPSA made this list available to the Better Regulation Division of the NSW Department of Customer Service, which is able to apply substantial fines for non-compliance.

Checking whether these homes comply now, we found that three previously non-compliant homes no longer had an online presence.

Of the remaining nine, previously non-compliant homes, only three now publish the required pricing information on their websites.

The following six homes are still non-compliant as of 18 March when CPSA checked:

Griffith Regional Funerals remains non-compliant, while the other two homes in Griffith have now published the required information.

CPSA suggests that the Better Regulation Division of the NSW Department of Customer Service should take a leaf out of the ACCC’s book and fine these homes.

If you have had the experience of organising a funeral, or if you have any concerns about the funeral industry, the ACCC would like to hear from you.

The ACCC is conducting a survey to gather information from consumers about their dealings with funeral homes and other businesses in the funeral industry. The survey is available on the ACCC website or by clicking here. Competition and consumer issues in the funeral services sector are a priority for the ACCC this year.

Related article: NSW is running out of graves