Will social housing supply ever catch up? 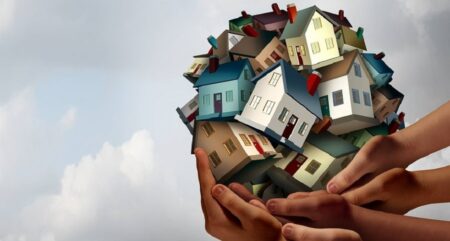 JUST one rent increase. One lost shift. One emergency.

That’s how close many Australians in the private rental market are to homelessness.

Social housing is supposed to offer some security to those who need it but has been getting harder and harder to access.

New research from the Parliamentary Library estimates there are 524,000 households in need of social housing in Australia.

This includes over 160,000 households on the social housing waitlist.

Countless others who have given up on social housing all together, knowing they’re likely to wait ten or more years.

The Government has committed to addressing the problem with their Housing Australia Future fund.

The Government has promised 30,000 social and affordable housing properties over the next ten years.

In a speech on Monday, Federal Minister for Housing and Homelessness Julie Collins acknowledged the lack of action on social housing and the desperate need for national leadership on the issue.

She noted the scattered way social housing has been handled in the past and the constant shifting of responsibility between different levels of government hasn’t helped.

But this talk needs to be backed up by action.

Homelessness Week took place over 1-7 August and the theme this year was ‘to end homelessness we need a plan’.

That plan needs to be more than 2,000 social housing properties a year.

The social housing shortfall is expected to grow to 671,000 by 2032, so with this level of investment the problem will continue to get worse.

Other programs designed to help with housing affordability offer little support either.

Commonwealth Rent Assistance offers a maximum of $145.80 a fortnight for singles and the National Rental Affordability Scheme is winding down, with 30,000 homes likely to be removed from affordable housing stock by 2026.

More needs to be done.

The Everybody’s Home campaign is asking for a commitment to 25,000 social and affordable homes a year and a 50 per cent increase to Commonwealth Rent Assistance.

This would bring it up to $218.70 a fortnight. Which almost covers rent for half a week in an average apartment in a capital city.

If you’re looking to get involved, Everybody’s Home is still accepting signatures on their homelessness week petition demanding action in the upcoming Budget.