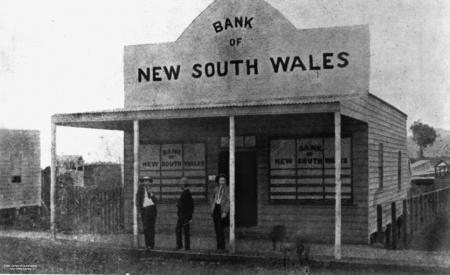 WHEN I married Norma in 1967, she told me that she came with some Bank of NSW shares but not for a while. I asked her what she meant and she explained the shares were owned by her Aunt Viv, who had been given them by her Aunt Elizabeth, who had been given them by her parents, the Harveys of Oberon, in the 19th century. I hope readers are still with me as this now gets exciting.

Anyway, dear Aunt Viv went to that great haven in the sky some call Heaven in 1984, and the shares came to Norma and her sister in a 50/50 split, 334 Bank of NSW shares each. The exotic share scrip with Aunt Viv’s name on them is really something.

Norma didn’t give a hang, but I suggested we add to Aunt Viv’s shares in both our names and slowly we did. Along came the 1992 credit squeeze when the Bank of NSW went in too heavy on real estate, putting the Bank’s very existence on the line. I watched with bated breath.

Down went the shares to rock bottom. Australia’s oldest public company formed in 1817 was on the rocks. Norma just continued raising our two kids and making statements like “Shares are for fools”, which were directed at me.

The poor devils at the Bank of NSW had a share issue, but before we could decide to participate or not, along came Kerry Packer and ‘Chainsaw’ Al Dunlap, who between them bought $450 million worth of shares.

A big clean-out at the Board followed. Chairman Eric Neal and CEO Stewart Fowler were two casualties and there were three more, I think. A name change followed, and the Bank of NSW became Westpac. A new CEO from Wells Fargo in Yankeeland, Bob Joss, was appointed. We all wondered if he came with a six-gun.

Bob Joss saved the sinking ship. Shares had dropped to a perilous $2. Norma and I bravely took up the new share issue that was offered. After all, if Big Kerry and ‘Chainsaw’ wanted in, why not us?

The share issue was a disaster for Westpac and no dividend was paid that year, 1992, and a lousy dividend was paid in 1993. But Bob Joss kept plugging away and eventually left with honors showered upon him, back to the ranch in the USA. Kerry and ‘Chainsaw’ had left by then, making a killing.

Along came the Global Financial Crisis and the mighty Westpac cruising along at the heights hit a snag and down we went again. But this time the dividends stayed up, not quite as high but close enough.

We sailed through until early 2020 when the wheels fell off again, caused not by a financial stuff-up but by a virus! God, this was new and from $26 they went to $16 where they hover at present, with dividends delayed at first and now cancelled. And that’s where we are today.

No names have been changed to protect the innocent.