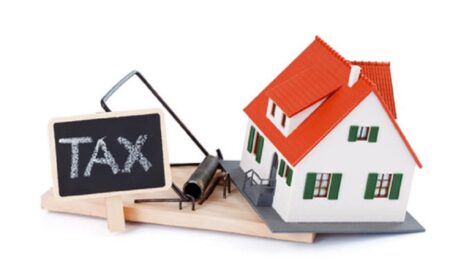 AN annual property tax proposed by the NSW Government would place an unsupportable burden on many households which now struggle to cover the cost of utilities and council rates.

It would be particularly unaffordable for single income households where one person is trying to meet all the family costs and for older people on limited incomes.

It would be unaffordable for families during the long years of paying childcare and school fees.

It would mean that people who had paid off their homes when they had higher incomes or the support of a partner, might not be able to keep them.

It would be a major source of worry for a very large number of people and reduce a great many people to a life of poverty and stress.

Currently people are able to incorporate stamp duty into their purchase price costs and pay it off over time as part of their home loan. While it is initially a major cost, its apparent magnitude reduces very significantly over the years with inflation.

The tax proposed is one that will increase every year and never be paid off.

It will rise with inflation as other Government charges do at the whim of  Governments-of-the-day.

Also, the NSW Government’s consultation paper quotes an average unimproved land value, which would attract $1,812 in annual land tax. But the annual tax for Parramatta in Sydney’s middle ring for example would be close to $5000 a year and for inner ring suburbs such as North Sydney or the Eastern suburbs would be over $10,000 a year.

The proposal is one that might initially appear to benefit people with high disposable incomes who do not plan to remain in the house/apartment they purchase for very long.

This possibly describes people in their mid-30s. People in this age bracket with good incomes often plan to buy a ‘starter’ home, with a plan to upgrade in a few years.

However, when people settle into their main home, they usually plan to remain there for many years, especially if it suits their needs or they are sending children to local schools.

It becomes their home and they try to stay there as long as possible.

I have never met anyone who has cited stamp duty as a reason for not moving.

If an annual property tax were introduced, I am sure that no one who owns a home on which stamp duty has been paid would contemplate leaving it for a place where they would have to pay property tax.

No older people would leave their homes.

Other than those on high incomes, many people do not have the additional disposable income needed to continually pay an ever-increasing annual tax to the NSW Government for the rest of their natural lives.

They would pay the cost of stamp duty many times over.

They would never really own their homes and never have peace of mind.

I imagine many people would move interstate to avoid this.

Property tax is absolutely not a proposal that should be put forward by a Government that made no mention of this before it was elected.