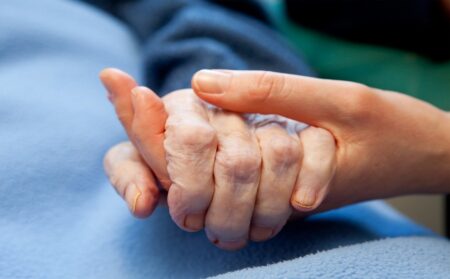 That would be the understatement of the year, but, effectively, this is what happens to everyday people every day in every hospital in Australia.

Suddenly people are expected to make decisions on behalf of their spouse, partner, parent or other close relative or friend who is approaching death and are no longer able to make their own decisions.

These people are known in hospitals as Substitute Decision Makers, or SDMs. Some have accepted being an SDM beforehand. Many simply find that they are it because there is no one else.

A recent study found that 13 per cent of people surveyed said that they had acted as an SDM, but said they had a poor or very limited understanding of what it meant.

Only one-in-three those surveyed were aware of the laws governing substitute decision-making.

The study also found that around 60 per cent of people identified a doctor or health professional as their preferred source of support and information about their SDM role.

The problem was that few reported receiving any support from them.

Advance Care Planning Australia (ACPA), the government-funded organisation which led this national study, says they are not surprised by the findings.

ACPA makes the obvious point that both the public and health professionals need more education and support for advance care planning.

ACPA is doing its bit obviously, but where is the policy buy-in from the federal and state and territory Departments of Health?

Until this issue is taken seriously by policy makers (and that means action is taken), everyday people will continue to find themselves making life-and-death decisions for people they love unprepared and unsupported by health professionals who are unprepared as well.