Superannuation withdrawals: relief is on the way 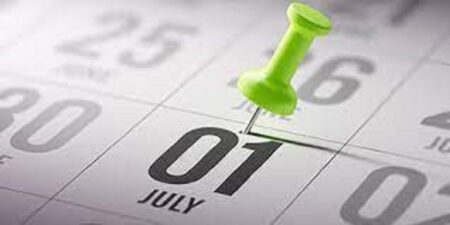 The idea is that superannuation is for the sole purpose of providing income in retirement. Compulsory rates are set with the aim of making you sure you use all your super for that purpose.

Ideally, the federal Treasury would like you to spend your last cent in super at the same time as you breathe your last breath.

Whenever there is an economic scare, the Government halves these compulsory withdrawal rates. The current pandemic is such a scare.

So, withdrawal rates start at 2 per cent and go up to 7 per cent at the moment.

However, even when these withdrawal rates are halved as they are now, retirees are often forced to take more money out of their super than they need. They usually feel they have no option but to put this ‘excess’ money in a term deposit.

And we all know what term deposit rates are like.

Over the years, this can add up. So, wouldn’t it be nice if you could just leave that money in your super, where it will get a much higher return?

From 1 July this year you can until you turn 75.

Or rather, you still have to take money out at half your compulsory withdrawal rate, but anything you don’t need you can put right back in.

The thing that has made this possible is the abolition of the ‘work test’, which applies to anyone over 67 and under 75.

If you try to put money from your compulsory withdrawal back into your super before 1 July, your super fund will stop you, citing the dreaded work test.

To meet the work test, you have to be in paid employment. Only 40 hours in a single 30-day period in a year, so you don’t have to work much. It can be difficult to arrange, though.

But from 1 July this year, the work test will no longer apply.

From 1 July, surplus compulsory withdrawals can be paid back into super again, as long as it’s no more than $110,000 annually, which for most people won’t be a problem – they wish!

Using bring-forward arrangements, you can put in three years’ worth of annual contributions ($330,000) in one go.

If you don’t make surplus compulsory withdrawals from your super, the abolition of the work test means you can put things like a big win in Lotto or an inheritance into your super.

But once you turn 75, the music stops.

From age 75, you are unable to make further contributions, except in two cases.

First, if you’re working and your employer pays compulsory contributions into your super.

Second, where you are making ‘downsizer contributions’.

Downsizer contributions consist of money from the proceeds of the family home to a maximum of $300,000 per person, so $600,000 all up for couples. You must have lived in the home for ten years or more.

Not only can you make these contributions after you have turned 75, the minimum age at which you can make them will be reduced from 65 to 60 on 1 July this year.

Also note that there is an overall cap on what you can put into a super pension account, $1.7 million to be exact. For most people that would not be a problem.