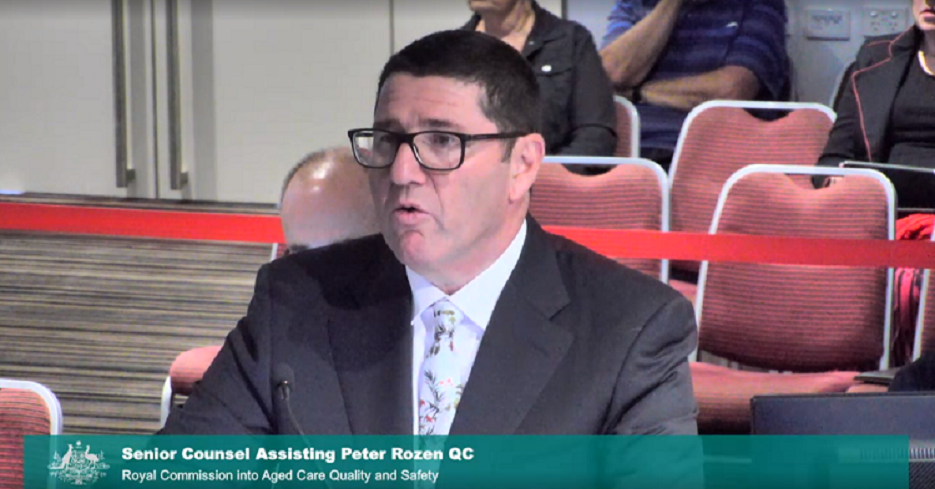 THE Aged Care Royal Commission has now moved into the phase where it is looking at solutions to the serious problems it discovered over 2019.

Towards the end of each hearing this year, expect a submission by Counsel Assisting containing recommendations that are very likely to make it into the Royal Commission’s final report in November.

On 21 February, Counsel Assisting’s first submission was about workforce, including staffing levels.

See the Box for the text of that first recommendation, which completely accepts what CPSA and others have been campaigning for over the years.

The reference to the “CMS staffing star rating as adjusted for Australian conditions” is to the methodology used in the United States.

Applying this to Australia, more than half (57.6 per cent) of Australian residents currently receive care in aged care homes that have unacceptable levels of staffing (1 and 2 stars).

25.2 per cent of residents (a quarter) receive acceptable 3-star care.

Only 1.4 per cent of residents get 5-star care (best practice).

For all residents to receive at least four stars would require overall increase of 37.2 per cent in total care staffing.

To achieve the four-star rating, Australian facilities would need to deliver a minimum of 242 minutes of care.

Australia spends an estimated 1.2 per cent of GDP on aged care and is among the lowest of a group of twenty-two comparable countries which spend an average of 2.5% of GDP.

It’s time for Australia to pull its socks up.

The Opposition has already committed to implementing all of the Royal Commission’s recommendations. The Australian Government should do the same.