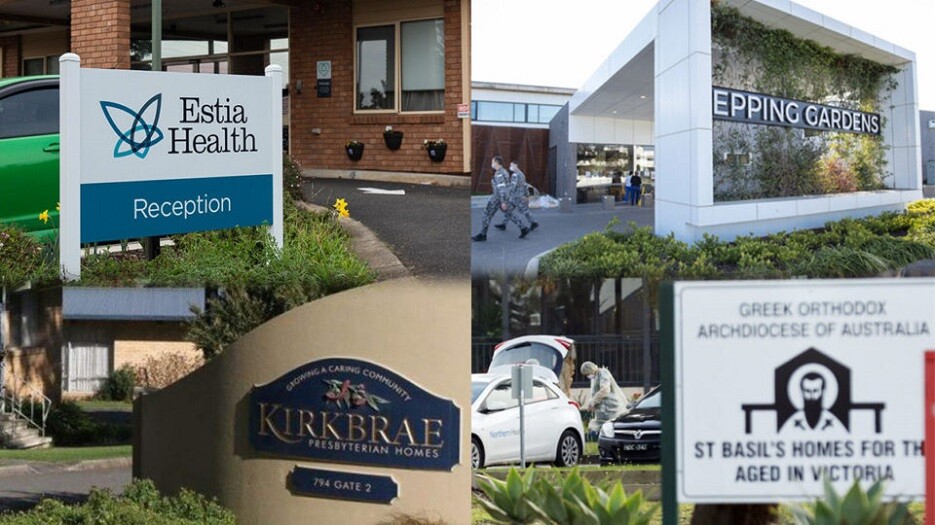 There are two Australian Government committees dealing with the COVID-19 pandemic in Australia. The Australian Health Protection Principal Committee (AHPPC) consists of chief health officers plus a range of other experts. The AHPPC has no expertise in aged care or geriatrics.

The Communicable Diseases Network Australia (CDNA) has 24 members from across Australia, but it does not have an aged care expert or a geriatrician as one of its members.

The federal Department of Health says that both committees draw on outside expertise in relation to aged care and geriatrics, but when pressed could only point to the Chief Clinical Officer at the Aged Care Quality and Safety Commission (ACQSC), who is a part-time employee.

The Australian Government initially prepared two documents in its COVID-19 planning for residential aged care. The AHPCC prepared an overarching plan which was activated in February 2020 (the AHPCC Plan). The CDNA prepared the Outbreaks in Residential Aged Care Facilities plan (the CDNA Plan).

The Aged Care Quality and Safety Commission did not prepare a comprehensive plan at all. It ceased its unannounced visits to nursing homes in March 2020, citing COVID-19 transmission risk. This was at a time when on-site visits by families were severely limited and it reduced the level of regulation and oversight of the sector.

The overarching AHPCC Plan sets out different scenarios that require responses and it also adapted an existing document. The health sector plan was silent on known gaps in the aged care system concerning staffing, clinical expertise and infection control.

The CDNA Plan was based on previous work on influenza outbreaks in nursing homes in Australia. Some aged care providers may have thought that their existing influenza plans would hold them in good stead for COVID-19, only to find that this was not so.

The CDNA Plan makes no attempt at addressing how the various levels of government will interact and who is responsible for questions such as the circumstances in which a resident who tests positive to COVID-19 will be transferred to hospital. The lack of such a clear understanding was apparent in the Newmarch House response in April.

The respective roles of aged care providers, the federal Department of Health and the NSW Government, were clarified in the course of the Newmarch House response in April 2020.  These arrangements were not formalised until late June 2020 in a joint protocol.  It appears no similar protocols are in place even now in other states and territories.

The Australian Government did not do enough to ensure that the learnings from the first two aged care outbreaks in Sydney in March and April could be used in any subsequent outbreaks, including the Melbourne outbreak in July 2020. While provision is now made for the allocation of a case manager to connect a facility to federal support and there is now access to a surge workforce, the need for assistance with infection control has still not been met.

As late as 9 July 2020, the Aged Care Minister wrote to aged care providers telling them they had “…responded incredibly well to the unprecedented challenges of COVID-19”.

Counsel assisting noted that some nursing homes have prepared well, citing the stockpiling of protective equipment by some homes. However, the Australian Government had not prepared adequately.

Read THE VOICE newspaper in print

CPSA is a non-profit, non-party-political membership association founded in 1931 which serves pensioners of all ages superannuants and low-income retirees. CPSA’s aim is to improve the standard of living and well-being of its members and constituents.

Membership is open to all who support the objectives and core policies of CPSA.

To keep fighting for a fairer deal for pensioners, superannuants and low-income retirees we need your help.

Support CPSA by becoming a member and gaining access to the monthly print edition of THE VOICE of Pensioners & Superannuants.  Membership is $15 a year, delivering 11 print issues of THE VOICE every year to your door.

Show your support and become a member today!

The greater our membership, the louder our voice!