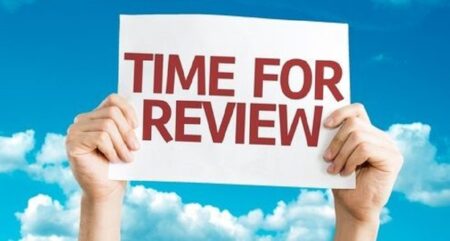 Large companies flex their market power because they can while governments sit impotently by.

Is it time pension recipients and wage earners were afforded some protection against the exceptional circumstances an economy such as Australia’s may face.

Should this protection not be in addition to the systematic, but “lagged” annual and six-monthly adjustments?

Alternatively, wage and pension adjustments should faithfully pattern those enjoyed by our elected representatives.

Jim Christie wants a complete overhaul of the Consumer Price Index (CPI), which he reckons is out of touch with what pensioners buy in the way of groceries:

I absolutely support a pension review for the five reasons you published, and a sixth can be added.

Pollies are perceived to do anything they can to keep the low-income population suppressed while ensuring their own interests are well looked after.

In addition to lobbying for a Pension Review, perhaps a rewrite of the price indexing system could be called for.

There are glaring faults in the current system. The CPI, for example, includes foodstuffs that are unlikely to appear on an everyday shopping list. Foodstuffs not regularly bought and expensive top end products should not be included.

Another point. A pension review needs to be conducted by a 100 per cent independent body, with oversight checks done to ensure there is no corruption.

But perhaps such a thing isn’t possible in this day and age.

John Entjes vents his spleen about never-ending tax cuts while the pension is increased by mere cents:

It amuses me that in the last two years workers received two lots of substantial tax cuts. Now our Treasurer has announced more tax cuts. Pensioners will gain nothing.

It’s about time someone asked some questions, like: wouldn’t this next tax cut be more beneficial to the economy if pensioners too gained a substantial increase.

Workers have had the benefits of very low interest rates, I paid 13.5 per cent on my home loan, not 2.75 per cent.

The pensioner Xmas pension bonus of $1000 has been wiped out. Indexation grants increase equivalent to half a cup of coffee.

Yet nobody complains or asks questions.

I just needed to vent my frustration. Pensioners need support.

Australian politicians like to play on the world stage, yet they should be ashamed of how they treat their aged.

Any new way to tax or raise revenue, is quickly adopted from overseas, but how to treat your elders isn’t even considered.

Australian pensioners would be well down the list on how they are being treated compared with other countries.

It’s time to push for a real pension increase, not just a couple of dollars.

Let THE VOICE know how you feel about the pension! Write to us.