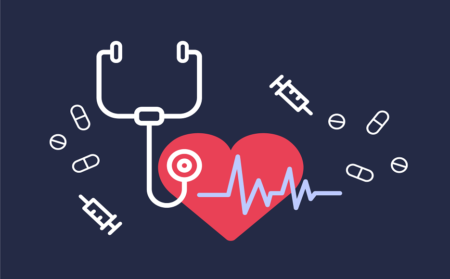 POLITICIANS are forever ‘slashing red tape’. They just love saying that, because red tape is something that sounds bad and unnecessary, even though it often isn’t. And let’s not forget that it’s politicians that rolled out the red tape in the first place.

A recent announcement by the federal Health Minister was a rolling-out-the-red-tape announcement.

In summary, the health minister announced that by mid-2022, there would be new, non-mandatory standards for healthcare services such as dental practices, allied health services (optometry, audiology, podiatry and physiotherapy) but also for places with less professional standing, such as alternative medicine clinics.

According to the Chief Medical Officer of the Commission responsible for these primary and community healthcare standards, they will be “a game changer for the health sector in Australia, by giving practitioners the tools to be even better”.

Why would you introduce formal standards to govern a section of the healthcare industry that is already good? Why is the health minister rolling out the red tape to make an industry perform “even better”?

Don’t governments normally leave that to ‘the market’ and to ‘competition’?

“In time, Australians will have confidence that when they visit a primary or community healthcare service accredited to the standards, they are receiving safe and high-quality health care – no matter the type of health service they are using or where they access it”, the Commission’s Chief Medical Officer said by way of further explanation.

So, is the Government introducing these standards to reassure the public?

This seems odd, because GPs, dentists, optometrists, podiatrists and so on are already generally trusted.

There seems to be no conceivable need for these health services to also get accredited under the new, optional Primary and Community Healthcare Standards.

And they probably won’t get accredited, because the new, three optional standards are simply a subset of the old, eight existing standards.

The conclusion seems warranted that the only health services practitioners targeted by the Primary and Community Healthcare Standards are those not covered by the mandatory national standards.

What seems to matter most in these new standards is the Clinical Safety Standard. Meeting that standard would mean, for example, that an acupuncturist would need to make sure they would not infect a patient with dirty pins.

While that doesn’t seem a bad idea, the fact remains: alternative health therapies tend to be therapies which are not clinically proven to be medically effective.

It seems a much better idea therefore to get alternative medical practitioners to meet the already existing, mandatory National Safety and Quality Health Service Standards. They can already opt in, but few if any do.