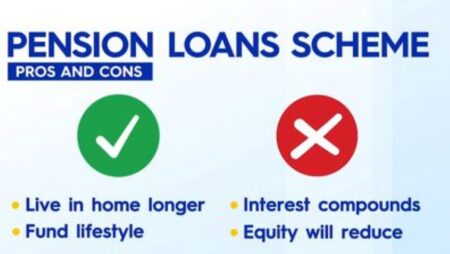 THE federal Government is cutting the Pension Loans Scheme interest rate from 4.5 per cent to 3.95 per cent from 1 January 2022.

It won’t be called Pension Loans Scheme anymore but Home Equity Access Scheme. This makes sense as the scheme is accessible to self-funded retirees as well as pensioners, provided you have real estate (your home or investment property) as collateral.

The Pension Loans Scheme is the Government’s reverse mortgage scheme. The 4.5 per cent rate was already competitive with the current commercial rates, which range between 5 and 5.6 per cent.

The Home Equity Access Scheme allows Australians over the Age Pension age to get a voluntary non-taxable fortnightly loan from the Government up to a maximum value of 150 per cent of the rate of the (fortnightly) Age Pension.

A No Negative Equity Guarantee will continue to apply, which means two things. First, you or your estate will never owe money on this reverse mortgage. Second, fortnightly advances stop once you get close to negative equity.

“The popularity of the scheme has grown more than five-fold in less than two years as our expansions to the scheme have allowed more retirees to tap into the equity tied up in their homes to pay for their living expenses”, said Social Services Minister Anne Ruston.

The scheme’s expansion is probably entirely due to self-funded retirees with investment property taking out a mortgage with the Government. Owner-occupiers tend to be understandably more reluctant to put up their house to get into a reverse mortgage, even a government-backed one.

Like a leopard, a reverse mortgage doesn’t change its spots. If you reverse-mortgage your home, it’s unlikely that you will be able to sell up and purchase somewhere else because of the accumulating interest.

Any money you take out as part of a reverse mortgage counts as an asset assessable by Centrelink.

However, if you need to take out a reverse mortgage, the federal Government’s scheme is by far your best option. Fortnightly advances mean that your assessable asset levels don’t go up by much.