New Zealanders all get a full pension, why don’t we? 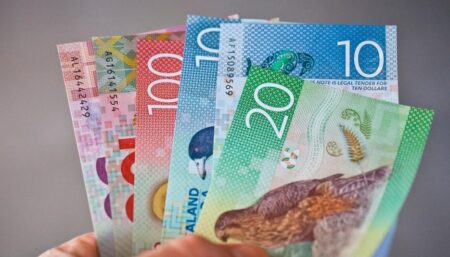 SOMETHING you hear regularly is that New Zealand has a much better pension system than Australia. Those who say this point to the fact that in New Zealand everyone of pension age gets a full pension.

And it’s true. In New Zealand, part pensions don’t exist and self-funded retirees, even if they are billionaires, also get a full pension.

The difference is that every New Zealander of pension age gets a full pension, while in Australia the majority of pensioners lose pension through either the income test or the assets test.

It is therefore tempting to think that New Zealand pensioners have it much better than Australian pensioners.

However, in New Zealand single pensioners pay income tax over their pension: currently 10.5 per cent over the first $14,000, 17.5 per cent thereafter.

As a result, an Australian full rate single pensioner gets almost AU$3,800 a year (or $145 per fortnight) more than their Kiwi counterpart.

No wonder there are reportedly a lot more New Zealand pensioners (25 per cent) who are employed than Australian pensioners (3 per cent).

In Australia the tax system is set up in a way to ensure that generally retired people don’t pay income tax. As mentioned above, New Zealand taxes retired people in the same way as non-retired people.

There is no Seniors and Pensioners Tax Offset in New Zealand.

There is also no income tax-free superannuation.

While New Zealand does have a system of franking credits, it doesn’t pay out excess credits in cash.

Capital gains from the sale of shares or real estate are taxed at income tax rates and in a single financial year without discount or concession.

An Australian pensioner in a similar situation would currently keep all of their pension and all of their additional income and end up with an annual net income of AU$34,535.

The New Zealand equivalent of dropping out of the pension altogether is where a retired person’s annual tax liability equals their annual pension.

To generate an income at that level, assuming a 5 per cent long term return, it would require just under AU$2.5 million in capital.

An Australian pensioner drops out of the pension altogether if they own assets worth AU$915,500, considerably lower than the effective New Zealand upper limit of $2.5 million.

However, the vast majority of retired Australians have assets worth far less than AU$915,500. If that’s you, would you really like to swap your Australian pension for a New Zealand pension?