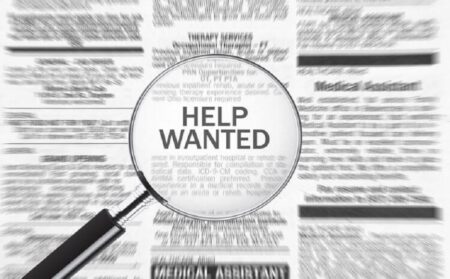 OLDER people are more likely than younger people to be on JobSeeker payments for long periods of time, says a report just released by the Parliamentary Budget Office (PBO) on 30 September.

In the 1990s and early 2000s, JobSeeker recipients were typically young men. Fast-forward to 2019, and those on JobSeeker were predominantly people 40 and older.

Over 60s who have been on the payment for at least 9 months receive a slightly higher payment. They can choose to do 30 hours per fortnight of approved volunteer work without doing or looking for paid work.

These concessions are an acknowledgement that older people are less likely to find work. Almost a third of people over 55 remain on JobSeeker for five years or more.

“JobSeeker appears to be functioning as a kind of pre-Age Pension payment for some older Australians”, says the report.

So why were there no announcements in the recent federal Budget to get older people back into work if the Government knows older unemployed people stay out of work for longer?

JobSeeker recipients aged between 22 and 34 more than doubled between March and May as COVID-19 decimated industries that employed a young, casualised workforce.

It is understandable that the Australian Government wants to get these young people back into work. To achieve this the Government has proposed a wage credit scheme that will pay employers up to $200 of a workers’ weekly wage if they are 29 years or younger or $100 of a weekly wage for workers aged between 30 and 35.

The over 55s on JobSeeker can expect to be on the payment for a lot longer than their younger counterparts as they now have to compete with the young employee wage credit scheme.

Matters are even worse for women who have experienced higher job losses than men, which is especially bad news for older women who experience unemployment the longest and are the fastest growing cohort of homeless Australians.

The JobSeeker Payment was reduced by $300 on September 25 and will be reduced again on 1 January 2021 back to the pre-COVID rate of $40 a day. Older unemployed people are likely to live below the poverty line until they reach pension age which is due to increase to 66.5 on 1 July 2021.

People over 55 have plenty to offer in skills and experience. They need jobs!