Is your term deposit slumming it? 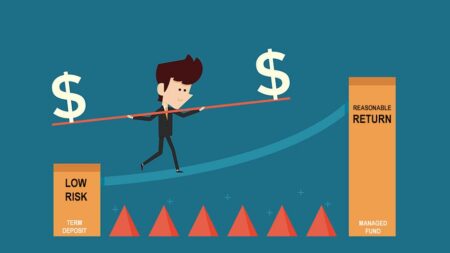 Yes, is the answer.

In fact, some term deposit rates already have risen, but not with the big four banks (Commonwealth, NAB, ANZ and Westpac), which were all offering a measly quarter of a per cent on an annual term deposit on 13 April when this article was written.

A quick online comparison check shows that you can do much better. The best rate we could find was with a mob called MyLifeFinance: 1.92 per cent.

Then there were three banks offering 1.9 per cent.

Macquarie Bank and AMP were the best-known of them.

If you want to go obscure, Judo Bank also offers 1.9 per cent.

It’s a great name, explained by Judo’s ‘high-touch, high-tech’ approach. Just like judo, the sport, and nothing to do with how Judo’s security guards provide security to its branches.

Because there’s the catch.

MyLifeFinance, Macquarie Bank, AMP and Judo Bank don’t have branches. If you want a 1.9 per cent term deposit, you will be applying and depositing online.

This is fine if you are online, but if you’re not, or you don’t trust online banking, you miss out.

It’s a small manifestation of the ‘digital divide’, the exclusion of those not online. And they tend to be older.

The big four banks can’t justify almost eight times less in interest on annual term deposit by pointing to their shopfront branches and arguing that it costs a lot to run these branches. They close branches when they become unprofitable.

The big four banks (and a swathe of smaller banks and building societies) are relying on two things in their paltry term deposit rate offerings.

One is customer loyalty. People, certainly older people, who keep their savings in term deposits tend to stick with ‘their’ bank.

The other thing is that a lot of term deposit holders, particularly older ones, are not tech-savvy. They are not online or don’t trust ‘online’ for banking transactions.

That’s how the big four banks and other traditional banks can keep their term deposit rates lower than necessary.

So, if you are tech-savvy, go online and compare rates using one of the many comparison sites.

And remember, with the annual rate of inflation at 3.5 per cent, putting your money into term deposits, even with a rate of 1.9 per cent, means that your savings have less purchasing power at maturity.

And why not sign up to our free weekly newsletter? Or drop us a line and tell us your thoughts?