Is your money really safe? 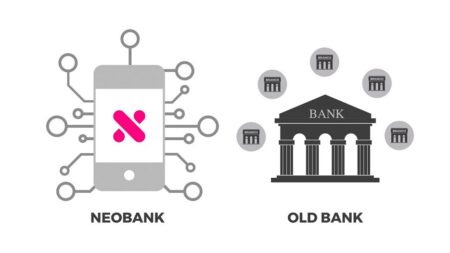 IF you have your money in the bank in a cash or term deposit account, the Government has got you covered for $250,000 per account per bank.

What if you are the lucky owner of more than $250,000? All you need to do is find a second Authorised Deposit-taking Institution and a second guarantee will apply under the Australian Government’s Financial Claims Scheme.

Incidentally, this scheme started in 2012. Before that time the guarantee was $1 million, which proves that not everything goes up.

But the predecessor to the Financial Claims Scheme only started in 2008.

Before that time, the fall-out from bank collapses (and falsely rumoured bank collapses) were handled by the Reserve Bank and state governments, and in some cases banks simply collapsed.

This does not mean banks don’t get into trouble.

Recently, two banks, Volt and Xinja, decided to give back their banking licences. You may never have heard of these two banks. They were so-called neo-banks.

Neobanks offer apps, software and other technologies to streamline mobile and online banking. ‘Neo’ means ‘new’. Neobanks are start-ups and don’t have branches. They’re online and that’s it.

Volt collapsed because it could not entice enough people with enough money to deposit with them, so they could not write the loans they committed to making. So they gave up.

Volt Bank is giving back all its 5,730 customers their deposits, which totalled $107 million. A remaining 441 low-balance accounts were transferred to another bank as per regulation.

Any financial losses at Volt will not cost the Government, i.e. taxpayers, a cent.

The other new neobank which is now history is Xinja. Xinja failed in part because it started taking deposits before it made loans. That meant it had to pay interest to customers before it was generating income.

This is just the other way around from Volt’s collapse, which made loans but then couldn’t find the money to lend out.

Fortunately, neither neobank’s failure has led to any claims on the federal government’s Financial Claims Scheme.

There used to be five neobanks, now there is just one: Judo Bank, listed on the stock exchange in November last year at $2.26 a share, but which has recently been trading as low as $1.20.

Volt and Xinja are out of the game, the two other neobanks, 86 400 (what a catchy name!) and Up were bought out by two old banks, the National Australia Bank and the Bendigo and Adelaide Bank, who were after the proprietary technology used by these start-ups.

As mentioned, Judo Bank is still going and offers term deposit rates of 3.65 per cent annually and 4 per cent for two years. Those rates still beat the old banks, but would your money be safe?

On its website, Judo Bank answers that question by pointing out up to $250,000 of your money is covered by the Financial Claims Scheme.

So, yes, your money is safe.

Banking regulator APRA agrees but does seem a bit worried, though. Apparently, APRA has received a dozen or so new neobank licence applications. While it called one of the neobank collapses a “successful failure” (because all deposits were returned and the Financial Claims Scheme didn’t have to part with any of its hard-earned),  APRA’s deputy chairman John Lonsdale went on the record to say: “We are going to make a few changes to how we think about [bank] licensing.”

Included in those “changes” will be a “robust resolution plan”, that is, a plan for the safe return of deposits to minimise any call on the government’s deposit guarantee.

You are not the only one who wants to make sure your money is safe.

The Government wants to make sure its money is safe, too.