Is the language of love still in the air? 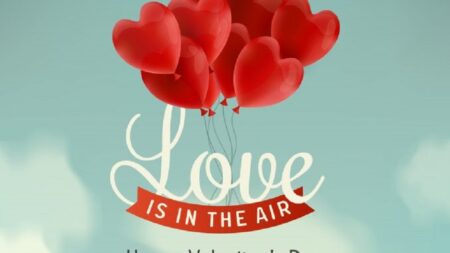 Music is full of nostalgia. Listening to an old, favourite song can take you back in time. It can bring back feelings from way back when you heard it for the first time.

If you were going out in the fifties, it may be Goodnight Irene, although Love is in the Air seems to be timeless.

But did you know that the language used in songs has changed dramatically?

These days, seven-in-ten songs are about love.

So, if you love a good ballad, love is still the most common theme, but not as common as it once was.

So, what are those other songs about?

It looks like money is more on people’s minds.

In the 1950s only less than one-in-ten songs were about money, but that’s doubled to one-in-five!

You’ll also find a lot more swearing in music too. That’s doubled from one-in-eight songs to one-in-four. No hyperlinks for that, sorry.

Maybe swearing is more common now, and this comes out in songs.

Maybe it’s because singers have started to use songs to tell more sad stories.

Whatever the reason, only half of today’s songs have a positive message compared to seven out of ten in the 1950s.

But music, both sad and happy, will continue to be a big part of people’s lives no matter what.

Also read: The election and the Cashless Welfare Card PLUS Will your home care package collapse after worker pay rise?