Is ageing-in-place the real life or is it just a fantasy if you rent? 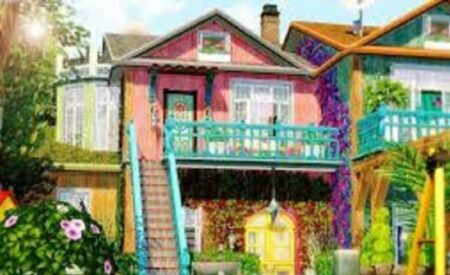 YOUR home is your safe space.

It’s where you go to eat, sleep, relax and recover.

At least it should be.

For the growing number of long-term renters this is not the case at all.

A new report by Anglicare Australia explores the experience of older renters in Australia and what’s stopping them from ageing in place.

Almost nine in ten older people want to remain in their home as they age but this is not a possibility for many.

Less than one in three older renters expect to stay in their current home for the next five years.

Homeowners already face many barriers when trying to stay in their home. The cost of living only continues to increase and many houses aren’t accessible for those with any kind of mobility issue.

But these problems are exacerbated tenfold for renters.

Not only do they have to grapple with cost-of-living pressures but also the ever-increasing cost of rent.

72 per cent of renters said that cost was their biggest barrier to ageing in place compared to 15 per cent of owners.

A CPSA member recently reported having received two rent increases this year alone, the first one $50 a week, the second $25 a week.

The median rent for a one-bedroom apartment in Australia is $401. Even with the maximum rate of Commonwealth Rent Assistance, a person on the Age Pension
paying this rent would be left with less than $160 per week to cover their food, bills and medical expenses.

With this kind of pressure, it’s no wonder many older renters forego lots of things, even necessary things.

Many resort to house sharing, which in many cases doesn’t work out.

Ignoring the fact that many rental properties have major deficiencies, like insufficient insulation, renters have so few protections that many often don’t even want to ask for minor accommodations like a grab rail due to fears of retaliation.

Significantly, less than half of renters said their home was suitable for them to live in as an older person, which means more than half thought it wasn’t.

But without even the ability to make the changes required to make homes suitable for older people, ageing in place becomes very difficult.

Yet if you aren’t a homeowner there really aren’t many other options available.

A unit in a retirement village tends to cost about 90 per cent of the average house price in the area, putting it out of reach for most older renters.

Social housing stock is hugely lacking and by the time you reach 80, the priority age for an elderly client, you’re likely to have already had to leave your home.

This means that many of those unable to afford the private rental market are forced into residential aged care before they’re ready.

To allow older people to age in place, as so many want to do, changes need to be made to increase security for older renters and make social housing available when the private rental market fails them.