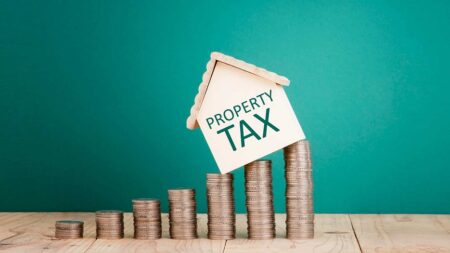 WHEN the NSW property tax comes in, nobody will have to pay it. You only pay it if you want to pay it. How good is that?!

Too good, is the answer. Too good to be true.

That’s because, if the purchaser of a home opts for property tax, subsequent purchasers will not be able to choose to pay stamp duty. It’s property tax forever from then on.

Eventually all homes will have been opted into property tax.

The NSW Treasury thinks this may take twenty years or longer. Like the shampoo ad says, it won’t happen overnight but it will happen.

The problem is that a large number of people will not be able to pay the property tax, estimated to average around $1,800 annually in today’s dollars.

Regardless of the larger economic benefits of the property, as more and more properties are opted into the property tax, eventually hundreds of thousands of low-income households will not be able to pay it.

The NSW Government appears not to have grasped on which scale financial hardship would occur as a consequence of property tax.

The property tax financial hardship scheme relies on making financially distressed households borrow against the equity in their home to pay property tax.

If property tax were introduced now in one fell swoop, an estimated 231,000 households would need access to financial hardship arrangements.

The NSW Government would be underwriting tax deferrals to the tune of $418 million annually and on a very conservative estimate would be managing a loan book with a value of more than $6 billion in today’s dollars, disregarding interest, which would blow the $6 billion figure out even further.

The financial risk of taking this on is enormous and unacceptable. No bank would touch it. The NSW Government would need to fund it themselves.

But that would be in twenty years’ time. By that time, the architects of the NSW property tax will have moved on.