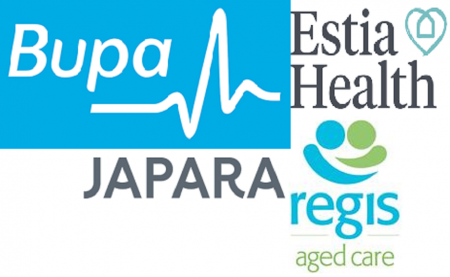 AN exclusive in The Saturday Paper on 5 October 2019 has shone a light in a particularly dark and murky corner of the nursing home industry.

The Saturday Paper reports that the Department of Health produced ministerial briefings dividing nursing home providers into two financial categories: winners and losers. Before the Australian Government cut $2 billion out of the industry, there were 80 per cent winners and 20 per cent losers. After the cuts, more than half the providers had become losers.

The budget cuts were in the care subsidies paid to providers. Many providers used these care subsidies to generate the profits from which they paid dividends and bonuses. Rather than take action to ensure care subsidies were used to pay for care, the Government took the view that it was paying too much.

In February this year, the Government provided a one-off cash injection of $320 million. This funding was not prompted by concern for nursing home residents who were suffering poor care, but by concern the big providers (BUPA, Estia, Japara and Regis) might fail.

The Saturday Paper reports that the $320 million was the minimum amount needed to prevent some of the biggest aged-care companies in the country from defaulting on their loan covenants or facing much higher than anticipated interest rates.

Not only would this have made around 20,000 nursing home residents homeless, it would also have meant that the Government would have had to stump up billions of dollars in nursing home bond refunds. The total value of currently outstanding nursing home bonds is around $30 billion.

The nursing home industry is now blaming the $2 billion cuts to care subsidies for the industry’s lack of financial viability. This poor financial status is then cited as the cause of the appalling failures in providing care as discovered by the Aged Care Royal Commission. The industry’s message? Give us more money and all will be well again.

Following funding reform in 2012, predator providers moved in. As part of the reform, everyone could now be asked to pay a nursing home bond.

The pricing of these bonds was largely unregulated, which generally meant that prospective nursing home residents started to be charged the value of their home. These bonds were invested and investments were used as collateral for loans to expand the predator providers’ businesses.

Providers siphoned off care subsidy money to generate profits and to pay interest on their loans.

Then the Government cut $2 billion out of the total care subsidies paid, and the predator providers found themselves in deep trouble. They could no longer pay the interest on their loans.

In a nutshell, the Australian Government after cutting $2 billion out, the Government has had to do a u-turn and bail out the too-big-to-fail providers, allowing them to continue being predators and providers of appallingly unsafe care.