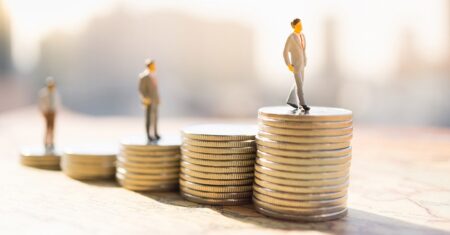 WEALTHY Australians are set to benefit from increased superannuation tax breaks that will come into effect on 1 July 2021.

This can be done in two ways: through concessional contributions, which require an employee paying part of their wage into their super fund before income tax is applied. This money is then taxed at the super tax rate of 15 per cent, which is a lot less than income tax rates.

Secondly, there are non-concessional contributions which allow people to pay money into their super fund after they have paid income tax over it.

Concessional contributions are currently capped at $25,000 a year, this cap will increase to $27,500.

In addition to these increases, the transfer balance cap will increase from $1.6 million to $1.7 million.

The transfer balance cap is a limit on how much super can be transferred from an accumulation account, which is for Australians who are working and contributing to their super account, to a retirement phase, or pension account. This pension account is generally activated when a person retires and begins to use their super.

Currently, the limit that can be put in a pension account $1.6 million. Any funds over this amount remain in the accumulation account and investment returns earned on this excess continue to be taxed at 15 per cent.

The increased caps aren’t limited to just wealthy people. All working Australians can make these contributions. However, someone on the median wage of just over $50,000 a year probably cannot afford to contribute $27,500 of their total wage and will most likely never amass a super account worth $1.7 million.

So, it is clear these cap increases will only benefit the wealthy.

What is also interesting is that there has been no campaign to stop the increase in the already huge tax breaks that the wealthy can gain from these voluntary superannuation contribution schemes.

Recently there has been debate about whether the Superannuation Guarantee should increase from 9.5 to 12 per cent.

For a worker on the median wage this 2.5 per cent rise would see workers gain an extra $1,275 a year in super, which wouldn’t cost a lot more than the tax breaks for the wealthy will cost and it will help far more people boost their retirement income.