Does your phone voip? 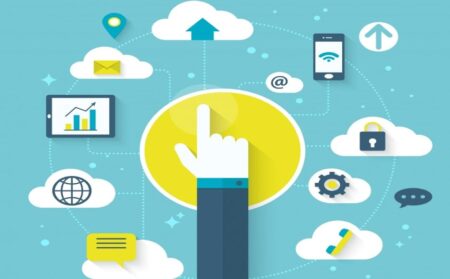 Landline, or home phones have always been the trusty go-to through thick and thin.

No matter how good or bad reception is, or what crazy weather is going on, as long as you pay the bill, the home phone works.

But ever since home phones switched over to the NBN they now use a Voice-Over-Internet-Protocol, or VOIP. It’s just a fancy way of saying calls are carried over the internet.

This means that if there’s a blackout or the internet stops working, your phone stops too.

That’s a problem you didn’t use to have.

Then there’s the hassle of trying to get a simple home phone plan without being convinced it’s better to bundle it with a data plan and mobile phone.

So what options are there for those who just want a working (VOIP) phone?

Your first hurdle is to find yourself a NBN voice-only plan. You’ll still be connected to the NBN, which means you’ll still have the problem of the phone not working when the powers out.

But in this case you’re only paying for what you actually need without extra bells and whistles.

You can get something like this for $29.95 a month with Telstra’s Home Phone Basic plan but make sure you shop around to get the best deal that meets all your needs.

If you’re wanting to avoid NBN all together, your other option is a 4G home phone.

This is basically a mobile phone disguised as a home phone.

But the bonus of switching to this instead of a mobile is that, since it looks just like a home phone, you don’t have to learn a whole new system.

They work using a SIM card rather than through NBN, just like a mobile phone would.

Most of them also have a backup battery so you’ll be able to keep using the phone during a black out as long as the battery lasts, which can be up to 48 hours.

But for those in rural areas with spotty mobile reception, you might be better off sticking with the NBN, no matter how frustrating it is.

One way to get a phone like this is through a company like myhomefone. For a basic plan this will set you back $33 a month plus an initial $99 connection fee.

They’re good in an emergency not just because they don’t rely on power, but also because they come with an SOS button that will keep calling your preprogramed emergency contacts until someone picks up.

With this plan, you’re renting the handset, you don’t actually own it.

If this is an issue for you, there are other similar phones out there like the seniors phone or opel phone which will set you back about $200. Once you buy the phone outright, all you need to do is insert a SIM card into it.

Opel offers their own pre-paid SIM cards including $12 for 28 days of unlimited national calls.

However, if you want to avoid having to top up your SIM each month, a long expiry plan might work better for you.

Amaysim offers a one year plan with unlimited calls. It’ll cost you $99 for the first year and $120 a year after that.

It does include 60GB of data, and that isn’t really necessary if you’re only using it for your home phone: 1GB allows you make 30 hours of phone calls, so 60GB gives you 75 round-the-clock-on-the-phone days a year. Still, it works out cheaper than a home phone plan at only $10 a month.