Do you downsize and solve the housing crisis, or do you sell? 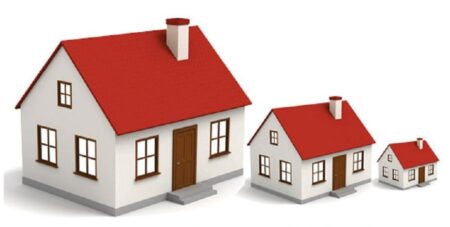 THE Social Services Minister recently put out a media release with the winning headline “Pensioners incentivised to downsize to free up housing stock for young families”.

This myth caught on with politicians, who will from time to time trot it out in their battle against the housing crisis. In this case, the media release noted that “more than 8,000 pensioners downsized last year” and goes on to say that “it is hoped this number will increase if the changes are legislated”.

Before we discuss the changes, let’s first note that 8,000 pensioners downsizing is an underwhelming number, especially as a fair few of those 8,000 pensioners would be members of the same household: we’re talking about fewer than 8,000 houses being freed up “for young families”.

Secondly, how does the Government know every pensioner household which applied for the exemption from the asset test last year was downsizing? True, applicants need to tell Centrelink how much they think they will spend on their new home.

In other words, Centrelink, and by extension the Social Services Minister, do not know if these 8,000 pensioners actually downsized or even wanted to downsize. All they know is that these pensioners applied for an exemption from the asset test and were successful in their application.

At the same time, did the Government keep tabs on who bought the homes from which these 8,000 pensioners ‘downsized’, or if the overall effect has been to free up housing that “young families” could afford? There does not appear to be any way of knowing if the purchasers were indeed “young families”, middle-aged bachelors or developers knocking down an old house to put up a block of seniors-living apartments. Maybe some of the purchasers even belonged to the group of 8,000 pensioners.

The assets test exemption for pensioners selling up and buying elsewhere has existed since way before the real estate lobby hit on the idea of ‘downsizing’.

After this thoroughly mean analysis, it’s time to look at the changes the Government wants to introduce. These represent an improvement on the current exemption of the pensioner owner-occupied-home sale proceeds from the pension assets test.

Currently, the exemption is for twelve months. This will be doubled.

These are good changes.

But they will do little to bring relief to “young families” or other people affected by the current housing crisis.