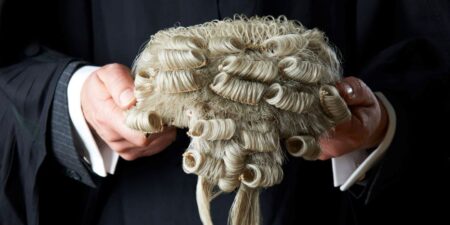 MITRY Lawyers is planning a class action against the Commonwealth Government on behalf of people 65-years-and-over who have a disability. If they incurred their disability at age 65 or older, or if they applied for the NDIS after they reached the age of 65, they are excluded from the National Disability Scheme (NDIS). This class action would be aimed overall at removing the exclusion.

This offers some hope to thousands of people who require disability supports but only have limited access to funds through My Aged Care rather than the NDIS.

Unlike the NDIS, aged care is not as well funded as the NDIS. It is means tested and requires fees and co-contributions. Most importantly, aged care is geared towards frailty and loss of mental capacity, not disability.

This class action may also be open to spouses and family members who have had the burden of taking on the role of carers for people with disability.

​Mitry claims there are several constitutional law grounds on which this class action is based. Under the Constitution, the Commonwealth Government has a duty to enact legislation that is consistent with a treaty.

In this case, the NDIS Act is inconsistent with the Convention on the Rights of Persons with Disabilities (Disability Convention) due to that Convention’s prohibition on all forms of discrimination. The NDIS only supports people who acquired their disability before the age of 65. The argument is that this unlawfully discriminates against people with disability older than 65.

There are several heads of damages Mitry is considering. First, financial loss due to missing out on the NDIS. The average annual NDIS plan is funded at $111,000 per year, while aged care – residential and in-home – are effectively capped at $56,000 and is means tested.

The overall aim of this class action is to remove the age restriction from the NDIS Act.

Readers who feel they are unfairly excluded from the NDIS due to their age, should register their interest by email with either Rick Mitry, (rick@mitry.com.au) or Joel Reines (joel.reines@mitry.com.au), or call (02) 9222 2833 for a confidential discussion.