‘Dine and discover NSW vouchers’: no smartphone, no problem 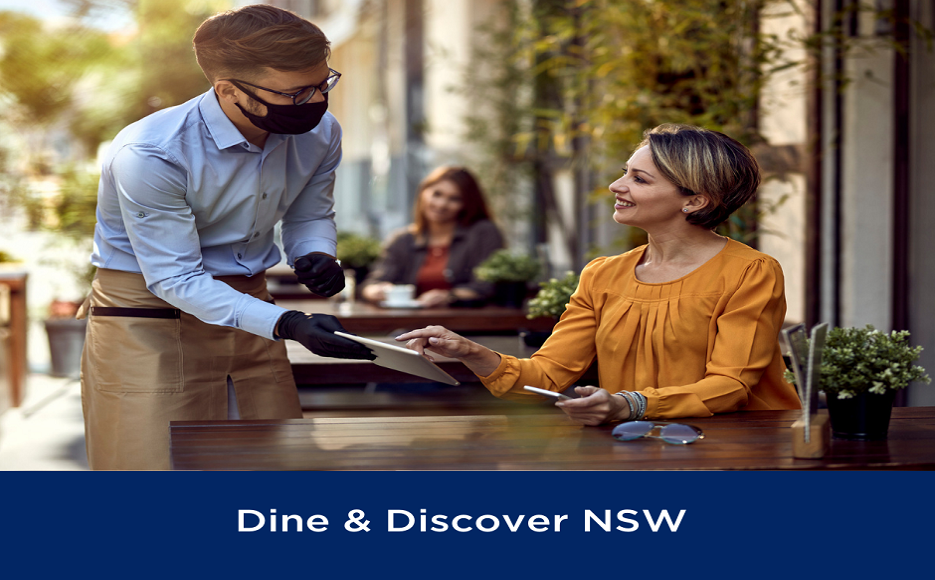 ‘Dine and discover NSW vouchers’: no smartphone, no problem

THE Out and About vouchers that were announced in the November 2020 NSW state budget have been renamed Dine and Discover NSW vouchers.

NSW Government websites say that the Service NSW app is needed to access the vouchers on a smartphone, and there is no mention of how people without smartphones can access the scheme.

However, in an interview on 2GB the NSW Minister for Customer Service said people without a smartphone will be able to go to a Service NSW Centre where vouchers can be printed out. You can listen to the radio interview by clicking here.

Initially trials were announced to begin in early January 2021 but did not begin until 11 February for a select number of participants in The Rocks in Sydney and Broken Hill. A second trial is expected to start in late February with pilots to be run in the Northern Beaches, Sydney CBD and Bega Valley Shire.

A statewide rollout is planned to begin in March. The NSW Minister for Customer Service suggested that the rollout would be a progressive one with different areas receiving access to the vouchers at different times.

Other than the name change, the scheme has not changed all too much from when it was announced although more detail has been provided.

Two vouchers are to be used for eating in restaurants, cafes, bars, pubs and clubs from Monday to Thursday, excluding public holidays.

The other two vouchers are to be used for entertainment and recreation including cinemas, live music, art venues and amusement parks, among others. The entertainment vouchers will be available to use seven days a week, excluding public holidays.