Crying poor and being poor: assistance for retirees 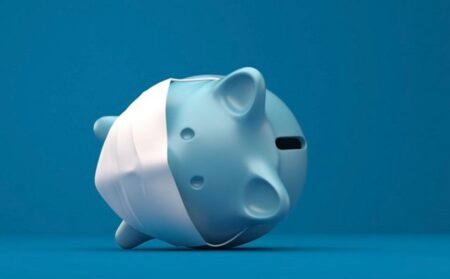 THE Australian Government is thinking about including measures to assist self-funded retirees in its forthcoming May Budget in view of low term deposit interest rates, reports the Australian Financial Review.

There’s nothing wrong with helping self-funded retirees who moved their savings out of shares into term deposits following the 2008 Global Financial Crisis and who still won’t have a bar of investing their money elsewhere.

Of course, the majority of self-funded retirees know that quite good investment returns are available elsewhere and have moved their savings accordingly.

Self-funded retirees don’t qualify for the pension because they have well over half a million dollars in savings if they are single or more than $850,000 if they are partnered. Is it right to help them financially, but not help the more than 300,000 people over 55 who are on the JobSeeker Payment with limited to no prospect of finding a job ever again?

Certainly, with annual term deposit rates at around half a per cent, $850,000 will only get you $4,250 in interest income. However, a return rate of 5 per cent or more is very common for people holding shares in good companies, for example. That produces $42,500 in income a year, or $817.31 a week, which is a lot more than the pension and spectacularly more than the JobSeeker Payment.

The poverty line for a single pensioner was $455.07 a week in the June 2020 quarter, while the pension on a weekly basis was $472.15, just above the poverty line. An increase here wouldn’t go amiss!

For pensioner couples combined, the poverty line was $750.75 a week, while the pension was $711.80. That’s under the poverty line! Again, an increase wouldn’t go astray!

But for people-over-55 on the JobSeeker Payment (excluding the temporary coronavirus supplement), the single rate is $337.25, while the poverty line is $561.22. Their income was a massive 40 per cent under the poverty line!

So, if the Government is going to rescue self-funded retirees, shouldn’t it be rescuing pensioners and people on JobSeeker, too?

Even the Reserve Bank of Australia’s Governor, Dr Philip Lowe thinks so. This is what he said:

“I think there is a wide consensus in the community that the previous level (of JobSeeker Payment) should be increased permanently, and I’ve said on previous occasions that I would join that consensus”.

Dr Lowe is not one for using a few words.