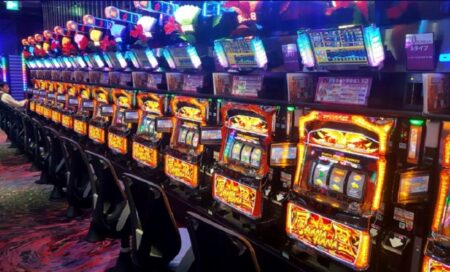 IN the run-up to the NSW Election in March next year, if re-elected, the NSW Government has vowed to introduce a cashless gaming card. Details of how the card would work are still sketchy. But it is obvious that cards should be set up in a way to avoid players losing more money than they can afford to lose.

This card would be used as the sole way of playing gaming machines, or ‘pokies’, as they are better known. So, before sitting down in front of a machine, you would nominate your limit and load money onto your cashless gaming card.

Winnings would no longer spill out of the machine in a clatter of coins. They would simply be added to the balance on your cashless gaming card.

According to the 2019 NSW Gambling Survey, just over half of NSW adults gamble.

Just under 2 per cent of those who gamble are “problem gamblers”. They would have suffered catastrophic losses, such as their home, life savings, gotten into debt, and lost their family.

Over 5 per cent are “moderate risk gamblers”. They would have suffered big losses. They have managed to stave off financial ruin but may have damaged relationships and hurt their families.

Over 12 per cent are “low-risk gamblers”, who lose more money to gambling than they and their families can afford.

Altogether, that’s about 20 per cent of NSW gamblers, who either lose everything they’ve got and get into debt, or who lose more money than they can afford.

It means one-in-five people you see sitting down in front of a poker machine in your club is among that number That’s a lot.

Ten years ago, the CPSA Annual Conference adopted a policy for “CPSA [to] actively campaign on harm reduction strategies on poker machine gambling”.

It will therefore come as no surprise that CPSA, in the lead-up to the 2023 state election, supports the introduction of a cashless gaming card.

CPSA is also calling for bi-partisan support for the cashless gambling card.

In New South Wales, total gambling turnover is in the order of $100 billion annually.

Physical gaming (card, roulette etc) and gaming machines account for something like 85 per cent of this turnover. Almost all of that is spent on pokies, some 91,000 of them.

Most gaming machines in Australia are poker machines. These offer quick games, over in a flash. This means gamblers can lose large amounts of money very quickly.

CPSA is not anti-gambling, but any reasonable person would accept that gambling also ruins lives of a significant number of people.

Public policy should be geared to minimising that damage. This should be done through sensible policies.

We need sensible policies that maximise the chances of those that are at risk from gambling to survive and where possible to kick the gambling habit.

If that means those who are problem-free gamblers foregoing the winning clatter of coins for a quiet increase in their cashless gaming card balance, isn’t that worth it?