COVID and flu in nursing homes: when bad news is good news 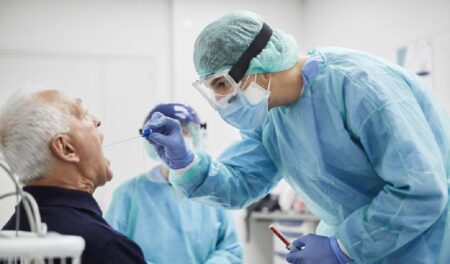 ON 11 September, the Australian Government published its first report on COVID-infections and deaths in residential aged care. It took almost six months to get to that point, but sustained pressure has forced the Government’s hand.

A disturbing thing about this first report is the comparison of the number of COVID-19 deaths in residential aged care and deaths of the flu.

Looked at that way, the report seems to say Australia is doing really well. Sure, 28 nursing home residents died from the flue this year, but last year that number was 30 times higher.

The report is silent about why flu deaths are down.

The reason? Because of increased infection control and flu shots in residential aged care.

Because isn’t it the case that if nursing homes normally practised good infection control and normally made sure staff and residents got their flu shots that normally only in the order of 28 people would die of the flu, not hundreds more?

The report is really saying that nursing homes are doing a good COVID-19 job because they normally do an appalling job controlling the flu and now they’re not.

The report goes on to list the death rates in other countries that, unlike Australia, have had huge outbreaks across the community and therefore in nursing homes. And, you guessed it, Australia is doing really well in that comparison.

Australia’s nursing homes were and are not well-prepared to deal with the COVID-19 pandemic.

The only positive is that we now know nursing homes can do much better in preventing deaths from the flu.