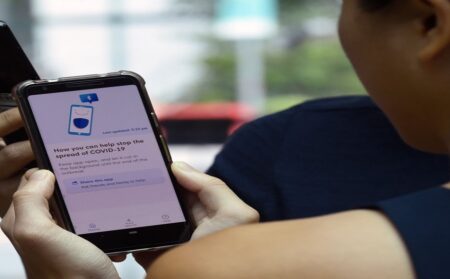 ON 11 November, the NSW Customer Services Minister put out a media release on QR codes which created quite a stir.

QR codes can be scanned into a smart phone at venues like cafes and clubs. Should someone visiting a venue become infected with COVID-19, contact tracers are able to get on to anyone else who visited that venue

We can’t respond to a pandemic with paper. We must be fast and precise and digital is the best way forward”, stated the Minister in his release, which went on to say that digital registration would be mandatory from 23 November for a long list of venues.

Various media outlets duly reported that on 23 November the so-called QR code would become ‘mandatory’, meaning that the only way a person could enter these venues would be if they scanned a QR code into their smart phone.

CPSA put out its own media release, criticising this measure on behalf of the many people who do not have a smart phone.

Minutes after doing so, CPSA received a call from the Minister’s Chief of Staff, who said that CPSA had misinterpreted the Minister’s media release. Not only CPSA, but it seemed a growing number of media outlets had done the same.

CPSA went back to the Minister’s media release, but it didn’t read the same anymore. It said: “For customers who do not have access to a smartphone, venues are encouraged to record their contact details and time of entry using a digital device”.

Changes had clearly been made to the media release, something confirmed by journalists who contacted CPSA.

So, after all that, if you don’t have a smart phone, it doesn’t matter. You can go where you usually go. Nothing changes on 23 November.

The big change we are all looking for seems to be coming. The Prime Minister has announced that the Australian Government is expecting to commence distributing a COVID-19 vaccine sometime between June and September next year with the aim of vaccinating everyone who wants to be vaccinated by the end of the year.