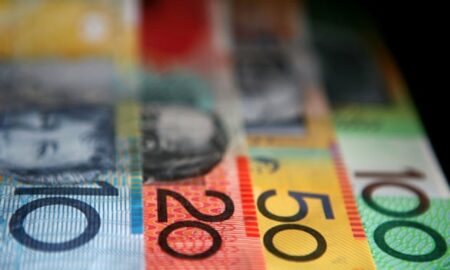 THE Retirement Income Review is the review the Australian Government never wanted.

It was part of a deal the Government struck with the Australian Council of Social Services (ACOSS) and the Council of the Ageing (COTA) in 2016 for their support of the doubling of the asset test taper rate.

All three agreed that the taper rate needed to double, but only ACOSS and COTA wanted a comprehensive review of the pension and super plus the grab bag of concessions and tax dodges which disproportionately favour the well-heeled. The Government wasn’t keen to do this.

That’s probably why it is has taken four years for the review to come to fruition, with a final report that manages to not mention franking credits even once.

The fact that the final report of the Retirement Income Review does not feature any recommendations is as comical as it is logical: the Government appears keen not to take any measures in the politically sensitive area of retirement income policy.

So, no recommendations in the final report, although it is very likely that unpublished drafts did include them.

The way the final report is written makes it very obvious, for example, that the review panel thinks that the compulsory Superannuation Guarantee paid by employers should stay at 9.5 per cent and not increase to 12 per cent as legislated.

It is very clear that the review panel thinks that the family home should be included in pension means testing.

The review panel is transparently in favour of retirees reverse mortgaging their house to supplement their retirement income.

These are all issues the Government does not want to stir up.

However, one issue covered in the report it can’t avoid dealing with.

The Government can amend the legislation before July next year and put off the increase to 10 per cent. Or it can abandon increasing the Superannuation Guarantee altogether. If it doesn’t, then the increases will happen automatically.

As mentioned, the Retirement Income Review all but endorses keeping the Superannuation Guarantee at 9.5 per cent. In all but doing so, it uses some evidence and arguments that make sense, but also some arguments that don’t.

One argument is that retirees should use their superannuation savings more than they do to achieve an adequate retirement income level. They can do better with what they have, and the Superannuation Guarantee does not need to be any higher. That’s OK if you have a superannuation balance to speak of but not it is low.

Another argument is that retirees should use the equity in their home to supplement their retirement income. However, the review fails to appreciate that many properties are in areas of low or no growth in house prices: reverse mortgages are not automatically available.

In other words, yes retirees with substantial super can and should use up their savings as they move through their retirement years, but reverse mortgages are a bad idea for all. This is where the review’s case for keeping the Superannuation Guarantee at 9.5 per cent falls down.

This is simply disingenuous.

All in all, the final report of the Retirement Income Review offers a lot of interesting evidence and economic and financial modelling, but the policy positions implicitly espoused are those of the well-heeled who don’t understand or want to understand the issues faced by low-income retirees.