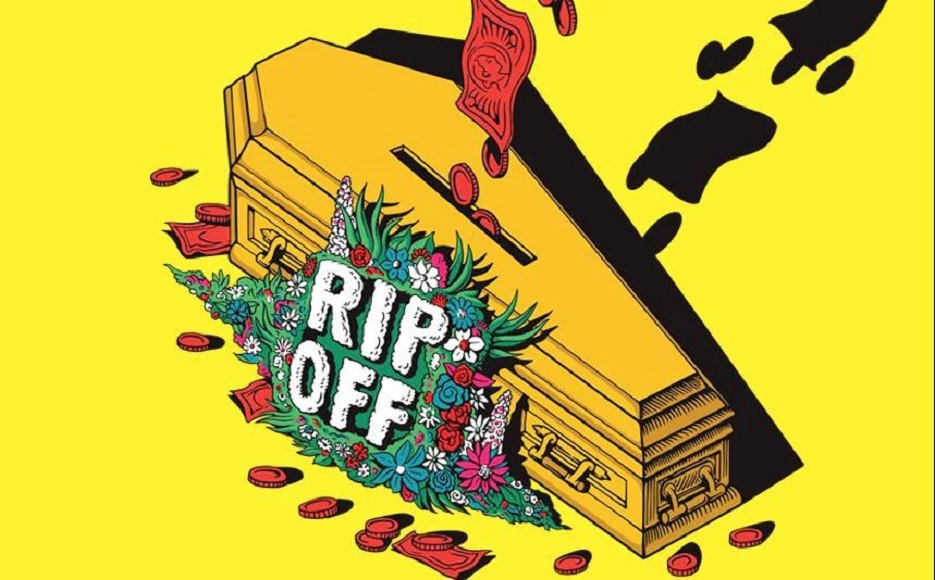 DAYTIME television is rife with ads for funeral insurance. The way it works is that you take out a policy, like a car insurance policy, and as long as your premium is paid up, you’re insured. If you die, your estate gets a pay-out to cover funeral costs.

But in some important ways funeral insurance is very different from car insurance.

First, death is certain, a car accident where you are at fault isn’t.

Car insurance works because the majority of drivers don’t have major accidents.

But funeral insurance? Everyone dies eventually.

Unlike a car accident, death is not a risk but a certainty.

So, for funeral insurance to be profitable to insurance companies, there has to be a catch.

The catch is that at some point the amount you have paid in funeral insurance premiums exceeds the eventual pay-out.

But if you stop paying premiums, you won’t even get the pay-out. What do you do?

The simple answer is not to get into funeral insurance at all. Put the premiums you would have paid in the bank, and you will have a nice little sum to cover your funeral.

Funeral insurers play on people’s emotions and lack of knowledge about how the funeral insurance industry works.

The Australian Financial Complaints Authority (AFCA) recently found against a funeral insurer called Youpla in two separate cases. AFCA found that it was most likely the complainants did not understand that the insurance premiums would increase with age or that the premiums paid would likely exceed the benefit payable.

There are plenty more complaints against funeral insurers with ACFA.

The only way you can make funeral insurance work for you is to take it out today and die tomorrow.