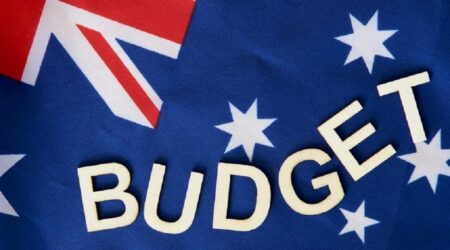 TWENTY-TWO cents off every litre of petrol is something every owner of a non-electric car will welcome, not just pensioners, but there are some goodies just for older Australians in the Budget as well.

There is the one-off cost-of-living $250 payment for self-funded retirees and pensioners alike. Not as generous as the tax offset for low to middle-income earners, but still.

As so often happens, pensioners and other retirees are all treated the same, while the differences in wealth and income among older Australians are quite marked.

With $120,000 set as the highest middle income and any retiree owning a Commonwealth Seniors Health Card being paid hard cash, most households will receive a direct benefit from this Budget.

Looking past the initial euphoria of receiving $250, the fact remains that in particular full rate pensioners and those on unemployment benefits will probably only be shielded from cost-of-living increases for now.

If, as tipped, inflation continues to go up, the game of catch-up with high cost-of-living increases will resume for those just above the poverty line and those under.

While one-off handouts are better than nothing, an independent review of social security payments, would be a better way.

One of the things this review should look at is what structurally can be done to prevent social security recipients having to cover cost-of-living increases in the months before indexation is applied to their pension.

The cost-of-living hand-out and cutting the petrol excise in half were the stand-outs for older Australians in the Budget, but wait…, there is a little bit more.

The Government is lowering the Pharmaceutical Benefits Scheme safety net threshold by just over $80 (from 326.40 to $244.80) for concession card holders. Combined with the concessional rate of $6.80 per prescription, this generally will provide for about twelve more free prescriptions a year. Not to be sneezed at!

Poor mobile phone coverage and ability to contact emergency services is a major concern for older Australians in regional areas and outer suburbs. It is hoped that $812 million over six years for the Mobile Blackspot Program will finally address that concern.

We also need to point out a couple of very important omissions from this year’s Budget.

While the Budget provides an $18 billion infrastructure commitment for dams, train lines, roads and bridges, it continues the decades-old neglect of the important category of infrastructure that is: a roof over people’s heads. This omission occurs in the face of a growing homelessness emergency.

It is also disappointing that no provision has been made in the forward estimates for a pay increase for aged care staff. It is clear that a significant increase is needed when nurses are paid much better in hospitals and personal carers paid less than casuals at McDonald’s. However, the Australian Government, which effectively pays the vast majority of staff wages in aged care through subsidies, has ignored the issue altogether.

BUDGET 2022 forgets the most important infrastructure of all: housing