Australian housing moves into 21st century, except for NSW, WA 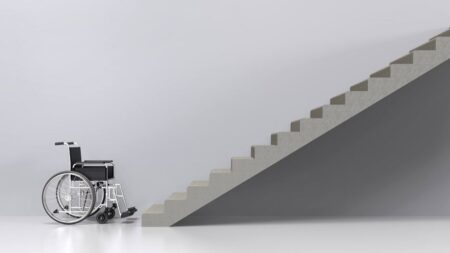 PEOPLE living with disabilities in Victoria, Queensland, South Australia, Tasmania, the Northern Territory and the ACT will soon be able to experience the benefits of a campaign win of gigantic proportions. People living with disabilities in New South Wales and Western Australia miss out for now. Their governments refused to sign up to new home building accessibility standards.

At the federal, state and territories Building Ministers Meeting, it was announced that the accessibility standards will be included in the National Construction Code from 1 May 2023 with a transition period until 1 October 2023.

This means that following from 1 October, every new home in the states and territories mentioned will be built to Livable Housing Australia (LHA) Silver Level.

LHA Silver level is based on the seven core liveable housing design elements. Incorporating these features will avoid more costly home modifications if required at a later date.

These core design elements do not necessarily accommodate the needs and abilities of all home occupants. However, they are considered to be of most widespread benefit and use in the majority of circumstances.

Importantly, by including the core livable housing design elements, home occupants are provided with the opportunity to reduce or avoid costs associated with retrofitting a home to improve access in the future, should it be required.

The seven core design elements in the LHA Silver Level are:

This will make a huge difference to the lives of the three million Australians that already live with mobility impairment. Beyond that though, it will benefit all of us as we age, and now thankfully, age with an increasing range of housing options available.

That only leaves Western Australia and New South Wales still to do the logical , moral and honorable thing.