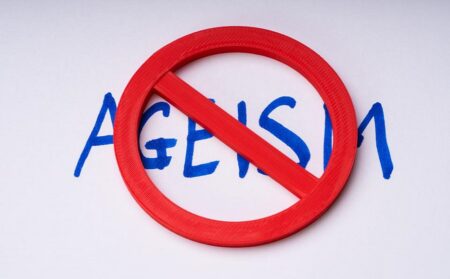 THIS March, the World Health Organisation (WHO) released the ‘Global report on ageism’.

The report found that every second person in the world holds ageist views and that in Europe, one in three older people said they have been a target of ageism.

The WHO defines ageism as “the stereotypes, prejudice and discrimination directed towards others or oneself based on age”. The report looked at how ageism affects both younger people and older people.

The section of the report that focuses on ageism experienced by older people draws on information from 500 studies from more than 50 countries. The report found many confronting findings, the most shocking of which are summarised below.

It was found that health care is overwhelmingly rationed by age. Older patients may find that they are less likely to undergo medical procedures or receive treatments than younger people. Decisions to withhold ventilator support increased by 15 per cent with each decade of age, the decision to not go ahead with surgery increased by 19 per cent per decade, and denying the use of dialysis increased by 12 per cent per decade.  This would mean someone aged 70 is 57 per cent less likely to get the go ahead to have surgery than someone aged 40.

Age discrimination in the job market was found to be associated with unemployment and underemployment (being employed for less hours than desired), contributing to poverty among older people. The WHO report cited Australian research that estimated that if employment for people over the age of 55 increased by 5 per cent, there would be a positive impact of around $48 billion to the Australian economy every year.

Perhaps Australia’s road to economic recovery from the COVID-19 pandemic should see a greater focus on preventing ageism and getting older people into jobs.

$48 billion a year is no chump change.