How to recruit a grey army: jobs and skills 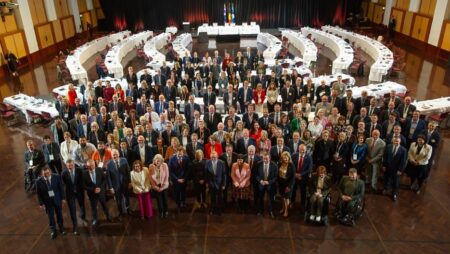 Following the Jobs and Skills Summit last week, the Government has announced that Age and Veteran Pensioners will be able to earn an additional $4,000 over their pensions between 1 December and 30 June next year.

This is subject to the passage of legislation. It can be assumed that that passage will be smooth, as the now Opposition’s election campaign included a commitment to a similar policy.

The measure just announced increases the Work Bonus annual cap from $7,800 to $11,800 annually, but only for seven months. When we get to June next year, the Government will make up its mind whether or not to continue the program based on how successful it is.

Success is defined as a significant number of pensioners taking up paid employment. The current rate of participation in Work Bonus is three per cent of pensioners, which is around 75,000.

Advocates have pointed to New Zealand, where 25 per cent of pensioners are in paid employment and have enthused over a “grey army” of hundreds of thousands of [Australian] pensioners” who, they say, are champing at the bit to stay in, or go back to work.

However, it is very likely that income tax, which applies to New Zealand pensions, has much to do with the much higher rate of pensioner employment over there. While the pension is about the same as it is in Australia, it is reduced by close to $4,000 a year as a result of income tax levied on a pay-as-you-go-basis. That is potentially a powerful incentive not to give up work on reaching pension age.

The New Zealand incentive does not exist in Australia. Instead, there is a potentially powerful disincentive to earn income in the form of the income test, which reduces a single person’s pension payment by 50 cents in the dollar for any type of income above $190 a fortnight. This is known as the income free area.

Work Bonus was created back in 2009 to offer relief for pensioners who chose to work. Work Bonus adds $300 per fortnight to the income free area of $190, provided the source of income is employment.

Applying the full annual Work Bonus to employment income, means that a pensioner does not lose 50 cents in the dollar over that amount. Their current benefit is $7,800. Combined with the $190 fortnightly income free area ($4,900 annually), a working pensioner’s annual benefit can be as high as $12,740. Add the just-announced $4,000 over seven months to that, and that net benefit comes out at $16,740. It means that a single pensioner can have a combined income from the pension and employment income of about $42,000 a year without having lost a cent to either income tax or pension income testing. Before the just-announced measure, that number was $38,000.

Clearly, the incentive for a pensioner to participate in Work Bonus was a powerful one even before the Government increased the cap by $4,000 over seven months. Yet only three per cent of pensioners avail themselves of this opportunity. Will an additional annual benefit of $4,000 unleash a grey army of hundreds of thousands of workers where the previous net benefit of $7,800 produced only 75,000 soldiers? Probably not.

There are a few obvious reasons why Australian pensioners in the main choose not to work in the face of Work Bonus.

The first and foremost reason is that about half a million pensioners are not paid their (part) pension under the income test but under the assets test. That reduces the grey army of workers recruitment ground by one-third in one fell swoop. Also, even if they could benefit, would they? These pensioners are relatively well-off and don’t need to work.

Of the one-and-a-half million pensioners who are paid their pensions under the income test, the majority are part pensioners. Their pensions are being reduced because they have income mainly from interest and dividends. These are financial assets and what is assessed is not the actual income but deemed income. Generally, the rates of return available in the investment market are significantly higher than the deeming rates used in income testing. In other words, many part pensioners are actually also quite well-off. They don’t need to work, and they tend not to want to work.

This leaves the group who are paid a full rate pension or a part rate pension close to the full rate. This group has no or few savings to fall back on. This group counts about 1.5 million pensioners, of whom roughly 60 per cent (900,000) are over 75.

While there are certainly those over-75 who choose the work, it would be a safe claim that the vast and overwhelming majority cannot and therefore do not want to work, and particularly not in physically demanding jobs in hospitality, retail, childcare, aged care and fruit picking on which the Chamber of Commerce and Industry wants to unleash the grey army.

And the under-75s, about 600,000 of them? It seems unlikely that one-third of them will be willing to go back to work, which is what is the minimum needed to satisfy the Chamber of Commerce’s hyperbolic criterion of “hundreds of thousands”.

The increased Work Bonus measure is an outcome of the Jobs and Skills Summit. As a measure, it should therefore first be judged on its effectiveness in enticing pensioners back to the workforce. It’s very unlikely to do that.

Having said that, the increased Work Bonus cap will benefit those pensioners currently working. In that respect, this measure is a good measure and one that will make these pensioners and a few new entrants very happy, for seven months at least and hopefully permanently.