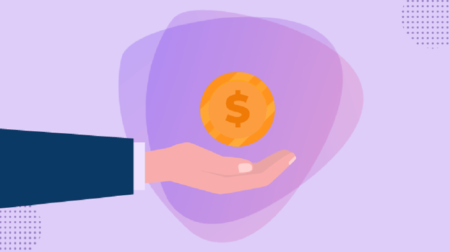 FEDERAL Treasurer Josh Frydenberg was urged to use the budget to trial a scheme enabling pensioners to work without losing any of part of their age pension payments.

Those calling for change said fewer than 3 per cent of Australian pensioners earned income from paid work compared to almost 25 per cent in New Zealand, where people can work without losing their pension.

An estimated 450,000 strong “grey army” of Australian pensioners stands ready, according to supporters of the change.

What a great idea, you might think. Work as much as you like and not have your pension docked! What could be wrong with that?

We already have the Work Bonus scheme, of course. It exempts $300 a fortnight in employment income from the pension income test. What you don’t use in a fortnight accumulates for later use.

The only thing wrong with Work Bonus is that seasonal workers can be disadvantaged if they work early in a financial year. Annualisation would fix that.

The idea to effectively raise Work Bonus from $300 a fortnight to limitless would obviously benefit pensioners who work, but would it really prompt hundred of thousands of pensioners to return to work?

Businesses are reporting difficulties finding staff for physically demanding and lowly paid jobs in most industries, particularly in hospitality and sectors reliant on migrants.

Apart from the fact that cheap migrant labour will return in the not-too-distant future, there’s a simpler reason why pensioners won’t return to the workforce in droves.

The vast majority of pensioners are being paid their pension under the asset test, not the income test.

Asset-test pensioners would still lose the same part of their pension if employment income was excluded from the income test.

The thing is that, unlike New Zealand, Australia does not have a universal age pension. A universal pension is a pension which is not means-tested, so everyone, rich or poor, gets the same pension.

But the Australian age pension is asset-tested and income-tested.

How do you work around the fact that most people first going on the pension tend to have significant savings and are caught by the asset test?

By the time these pensioners run down their savings and are paid under the income test, they would be well into their seventies. In the eighth decade of their lives, would they really want to be on their feet working busy shifts at a café or picking fruit under a burning sun?

Because these are the jobs proponents of limitless Work Bonus have in mind.

And even people first going on the pension who are paid under the income test, would they want one of these lowly paid, physically demanding jobs?

Apparently, the idea was supported by a billionaire or two, who would have little experience of hard physical yakka for a pittance.

Clearly, the idea of limitless Work Bonus was not prompted by a desire to help pensioners but to help business accessing a source of cheap labour.

If you want to do something about low pensions, the obvious solution is to raise the pension.

The solution is not to send pensioners back to work and work themselves into an early grave.

Having said that, upping Work Bonus and annualising employment income would have been welcome changes.

BUDGET 2022 forgets the most important infrastructure of all: housing